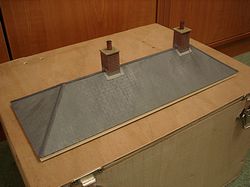 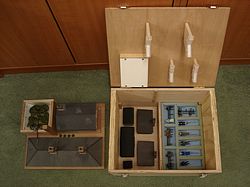 16th February 2012: The chimneys for the main station building have been replaced and they together with the roof have been weathered to give a more realistic finish. The guttering will be added at a later date.

The second photo shows the transport box which has been made to transport all the removable scenery safely to and from exhibitions. 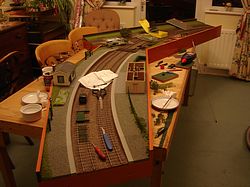 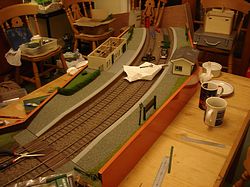 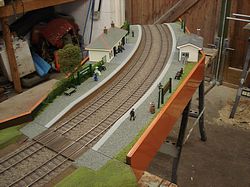 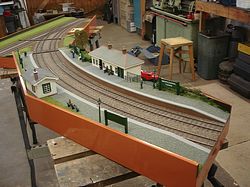 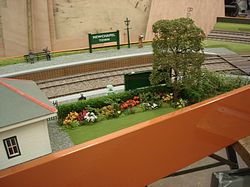 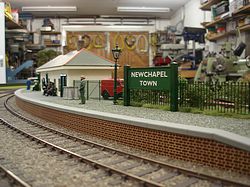 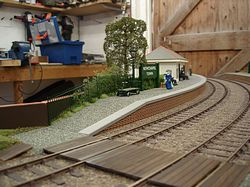 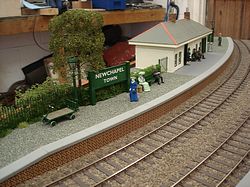 7th February 2012: Newchapel Town station refurbishment is now almost complete. An etched brass fence has been made to fit the platform on the inner loop. This has been painted and attached to the platform using brass pins soldered to the back of the fence posts.

Foliage behind the fence, the garden hedge and the garden flowerbed have been glued down, whilst the tree has been made removable in order to aid transport.

Station name boards have been made from plasticard and painted together with the station seats, lamps and trolley.

The main station building is now receiving attention and has been repainted in a fresh coat of paint. New plasticard fascias have been fitted and guttering will be added to these next. The roof and chimneys will also receive attention. 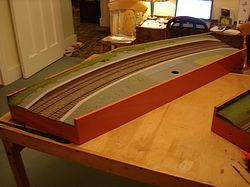 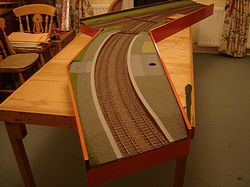 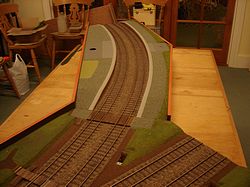 30th January 2012: Plasticard paving has been painted and attached to the area of platform in front of both station buildings, and gravel has been glued to the remaining area of the platform using a fairly thick layer of PVA wood glue. The area painted in pale green will become the station master’s garden. Lastly the bank at the back of the outer platform has been grassed. 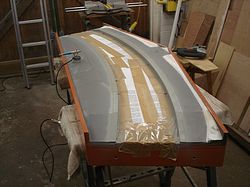 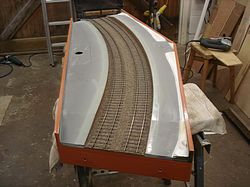 24th January 2012: The track was masked and the coping stones have been spray painted in a grey concrete colour. 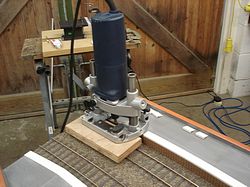 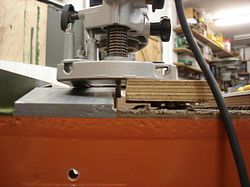 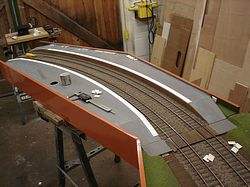 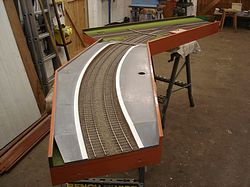 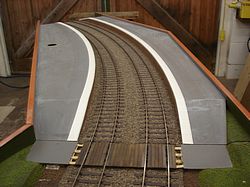 20th January 2012: Work has started on the platforms by reducing the overhang by 1mm to allow coping stones to be added without reducing clearances to passing trains. This was done using a hand-held router and a home-made jig that ran the router accurately along the platform edge guided by the rails. The coping stones were then cut from plastic angle section and glued in place using UHU.